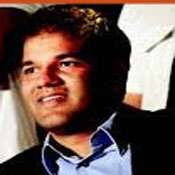 Dr. Priam Pillai graduated with a PhD in mechanical engineering from MIT in 2011. He is currently an Associate Professor at PIIT in Mumbai, India as well as serves as the Chief Operating Officer of Mahatma Education Society (MES).

He has started many new initiatives at MES including launch of Google Apps for Education in the 48 institutions, Industry-Academia Interface with Airbus Industries, development and adaptation of open-source software and technologies for education and many others. He is the Founding Partner of the India Urban Expansion Observatory, an Urban Research Center setup jointly with New York University, Stern School of Business.

As a faculty member at PIIT, his research interests include development of novel bioinspired sensors and instruments as well as development of smart material based technologies. He is the winner of numerous awards from the US government as well as private organizations. He was awarded the Gore Award for innovation by the Institute of Soldier Nanotechnologies sponsored by the US Army, the National Science Foundation Graduate Research Fellow Award, the UC Berkeley Materials Science and Engineering Department Citation. In 2010, he received an outstanding service award for assisting the Boston police department and district attorneys office in the use of thermal cameras in their investigations.