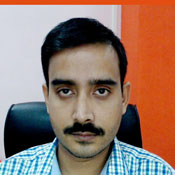 Mr. Suman Kumar is a qualified Urban and Rural Planner. He has acquired his Bachelors in Physical Planning from School of Planning and Architecture, New Delhi in 2010 and Masters in Urban and Rural Planning from Indian Institute of Technology, Roorkee in 2014. He has an experience of more than two years Village Development Plans and Master Plans in Rajasthan, Local Area Plans in Delhi, Eco-tourism Village Development Plan in Uttarakhand and GIS Thematic Mapping of Dharamshala in Himachal Pradesh.

Right after his graduation, he worked in the field of planning for two years as a Project Co-ordinator in Cadcon Consultants Pvt. Ltd. in Jaipur and thereafter as Planning Officer in the Association of Municipalities and Development Authorities (AMDA) in Delhi. In the former, he worked on Master Plans prepared under Urban Area Limit notified U/S 3 (1) of U I Act 1959 for towns Bissau, Bhusawar and Taranagar and Village Development Plans for Dag, Sunel and Khanpur (District Jhalawar) of Rajasthan. He was involved in site visits, Town Map & Existing Landuse Map preparation from total station survey data and imagery, collation of secondary data, conducting primary surveys for land use and transportation and writing reports. He also undertook stakeholder consultation with government, private and other related agencies for map verification, identification of gap analysis & proposal viability/ feasibility. Simultaneously, he also worked on Integrated Housing & Slum Development Program and Sector Plans for HUDCO, Jaipur and UIT, Kota respectively.

In the latter, he worked on Local Area Plan for the three rural electoral wards of Narela and the three urban electoral wards of Kirti Nagar. His contribution includes Base Map preparation, undertaking field surveys, secondary database collection, coordination with MCD and other line departments, mapping and statistical analysis, interpretation of MPD and ZDP on Local Area Plans, identification of non-conforming uses in the respective wards and proposal mapping. These outputs have been delivered to the Monitoring Committee in four stages.

Following this, he pursued his Master’s Degree where as a part of the curriculum, he underwent training in Birdsong & Beyond, Gurgaon, Haryana. He assisted in the preparation of Eco-Tourism Village Development Plan 2031, for three villages Gunilyala Khal, Pokhari, Chamoli where he worked on infrastructure mapping, khasra mapping and analysis of built use in ArcGIS. His research paper on “Sustainability Assessment of Human Intervention in Terms of Hydroelectric Projects on Alaknanda River Valley” was published in the International Journal of Research (IJR), Vol-1, Issue-5, June 2014. ISSN: 2348-6848.

He has also been involved in organizing NOSPLAN 2009 in Delhi where he played the role of Unit Co-ordinator. 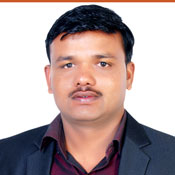 Sharad Shingade is a Project Lead at the UXO established by Mahatma Education Society and New York University Urbanization Project. He has completed his M.Sc. in Geoinformatics from ITC-Faculty of Geo-information Science and Earth Observation, University of Twente, The Netherlands. He was a recipient of European Union Erasmus Mundus scholarship for pursuing his M.Sc. Geoinformatics. Before that he has also completed M.Sc. in Environmental Sciences from Department of Environmental Sciences, University of Pune as well as he has worked in same department as Junior Research Fellow on project funded by CPCB, New Delhi, Govt. of India. He has qualified UGC-NET, SET in Environmental Sciences, eligibility criteria declared by UGC for Assistant professor. Before joining UXO he was worked as a GIS and Remote sensing consultant for startup company where he handled challenging Geospatial projects. He has total 5 years working experience in Geoinformatics and Environmental Science field.